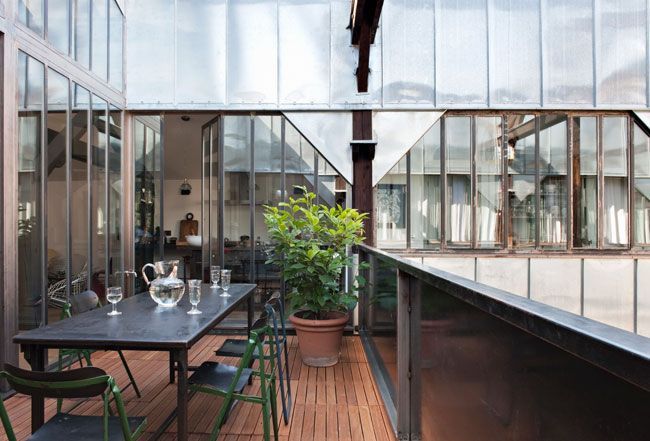 The Machine Age. What images do you see in your mind at the mention of that phrase? Do massive retro robots rise unbidden from the mist, as they do in this fearful article from 1931?

The question posed above was not merely sensationalistic. Feeling was divided. Fear that people would be replaced by machines, losing their jobs or any hope of economic salience, was common. This article from 1939 in Living sees sociologist Ernest R. Mowrer fearing the end of the partriarchy and marital stability, which he blames on the increase of machines in life. At the same time, there was all the forward-looking optimism and promise a bold new tomorrow covered in our Art Deco post.

Often, eras are only named after they're over, by academics. But The Machine Age arrived at its name midway through. By 1927, between the two world wars that would define the period, it got its name.

There's no universal agreement about the exact beginning of the era, but the 1880s would be the earliest. By the mid 1940s, it was over. The end of World War II was also the end of the Machine Age. Due to the way it ended, it was also the beginning of a new age: The Atomic Age. (It had its own fair share of anxieties and hopes.)

An industrial filing cabinet and desk offset with a bust.

The life-changing inventions of the Industrial Era that restructured society had been around for some time. The train, the sewing machine, steampower, and others had increased production of goods and moved them quickly across great distances.

With new machines that saved time and error, and with quicker, more efficient means of transport, factory and capital owners could make and distribute more products, increasing their wealth and growing their industry.

A key aspect of this transition from industrial era to machine age was the way lighting manufacturers innovated to answer the needs of the time, which we'll cover at greater length below.

Industrial lighting fixutres, chairs, desks, and filing cabinets add a distinctive touch to a living space. Most Machine Age pieces were mass produced; vintage items were at first not hard to come by for reasonable prices. As the look became more popular, nabbing a working original at a song became a rare occurrence. Making pieces in an industrial style was a natural response, both to the economic forces of supply and demand and to the inspiring verve and vision of this period.

Many of these pieces—and arguably the look itself—originated in France.

The French invented several of the iconic articulated lamps built for industrial environments. Jieldé and Lampe Gras are two that spring to mind. Not that they had a monopoly on the concept. Englishman George Carwardine applied what he knew about the anatomy of the human arm and suspension from being an automotive engineer to developing his own take in the late 30s. Licensed out to several companies around the world, it's most famous in the Norwegian incarnation now recognizable as the Luxo in the Pixar logo.

André Blondel, a French scientist, and Spiridion Psaradouti, a Greek engineer, patented a light diffuser in 1896. They called it Holophane.This is the quintessential Machine Age lighting feature.

As Misha de Potestad and Patrice Pascal say in their excellent book Vintage Industrial: Living with Machine Age Design, "The name 'Holophane' was an inspired choice; derived from the two Greek words holos and phanein, it translates as 'that which appears to be wholly luminous.'"

The Holophane Company opened in London in 1896; in 1898, they added Glass to the middle of their name and moved to New York City. But the invention returned to its birthplace in 1921 with the establishment of the Société Anonyme Française Holophane. After all, as Midnight in Paris and The Sun Also Rises amply demonstrate, in the 20s, Paris was where it was at.

This was about eighty years after Paris bloomed into the City of Lights with the installation of gas lamps.

At first a smattering of lights on the place Vendôme and the rue de la Paix, by the end of the century, the city was all lit up.

At the turn of the century, Paris completed its Métro. At the same time, running electricity made incandescent illumination a possibility. These Holophane-refracted lights in porthole fixtures, cast in heavy metal, lead the way underground.

Those lights still adorn the Métro. The heavy-cast Holophane lighting fixtures would also shine down on factories and public spaces. Painted sheet metal slipped over the glass would direct the light down over the task. With the metal off, the light diffused in all directions evenly, filling the space.

Like many other people, we love this look. One of the foundational pieces of our chic vintage & industrial collection is Haverhill. We often see it in beautiful kitchens online. Nancy Meyers nailed it in placing our Haverhill over Jules Ostin's (Anne Hathaway's) kitchen island in The Intern.

Our Haverhills hang over the reclaimed-wood bar in this Tribeca loft, the epitome of masculine industrial warmth.

Parisians have been laying down the template for how this look works best for some time. Many factories of the Machine Age linger on, but without serving their intended purpose of factory any more. Inspired and ambitious folks have civilized these places, turning them into achingly beautiful living spaces. The inclusion of many Machine Age pieces of furniture and lighting is a beautiful tip of the hat to these places' original functions.

In this Paris apartment, homeowner & interior designer Paola Navone made the most of the factory setting by appropriating vintage industrial items for domestic purposes, such as storing dishes in this cabinet. | Photo by Patrice Pascal from Vintage Industrial: Living With Machine Age Design

As much as the factory and Métro use of pendants and porthole sconces was an important part of the Machine Age's contribution to lighting, there were other developments. Various lamps, clamping to desks, standing on floors, or perching on tables, emerged from France and England, introducing a new innovation: articulation.

The articulated lamp married form and function to perfection.  The new workspaces and tasks of artists, designers, and engineers in this new age needed new illumination.

Highlights include Bernard-Albin Gras and the Gras System R.A.V.E.L. Adjustable Lamp in its many modèles, as well as René Herbst's 360 (which is now on display at France's Galerie Duo). But Édouard-Wilfrid Buquet's "Lampe Equilibrée," patented in the Machine category in 1927, took it to a new level. Check it out here in the MoMA.

Le Corbusier, who we discussed in our Brutalism post, and Emile-Jacques Ruhlmann, who we celebrated in our Art Deco post, used it in their own offices. That's two epoch-defining geniuses endorsing its aesthetic and utility. Use of counterweights and a defined center of gravity made a versatile, enduring design.

Our own Aston is a humble tribute to this iconic piece. Lighting of the industrial era was heavy. Aston's weight speaks to its quality and our dedication.

Pieces like this conjure associations of the atelier, the workshop where a disciplined thinker and craftsman practices her métier, or craft.

Next week: Stay tuned as we explore the effect of the wars on furniture innovation, the birth of ergonomics, and some of the creative ways we've used the period as a starting—not a finishing—point in Part II.

Meanwhile, keep the inspiration coming at our Industrial Vintage & The Machine Age Pinterest board.

(Note: Sometimes, the internet comes up short. Researching this post, there was a distinct lack of quality material from which to learn. This book has been of invaluable help in the researching and writing of this post. If you enjoyed this post, love this style, and would like to learn more about it, we highly recommended the book, both for its wonderful pictures and its in-depth, comprehensive information.) 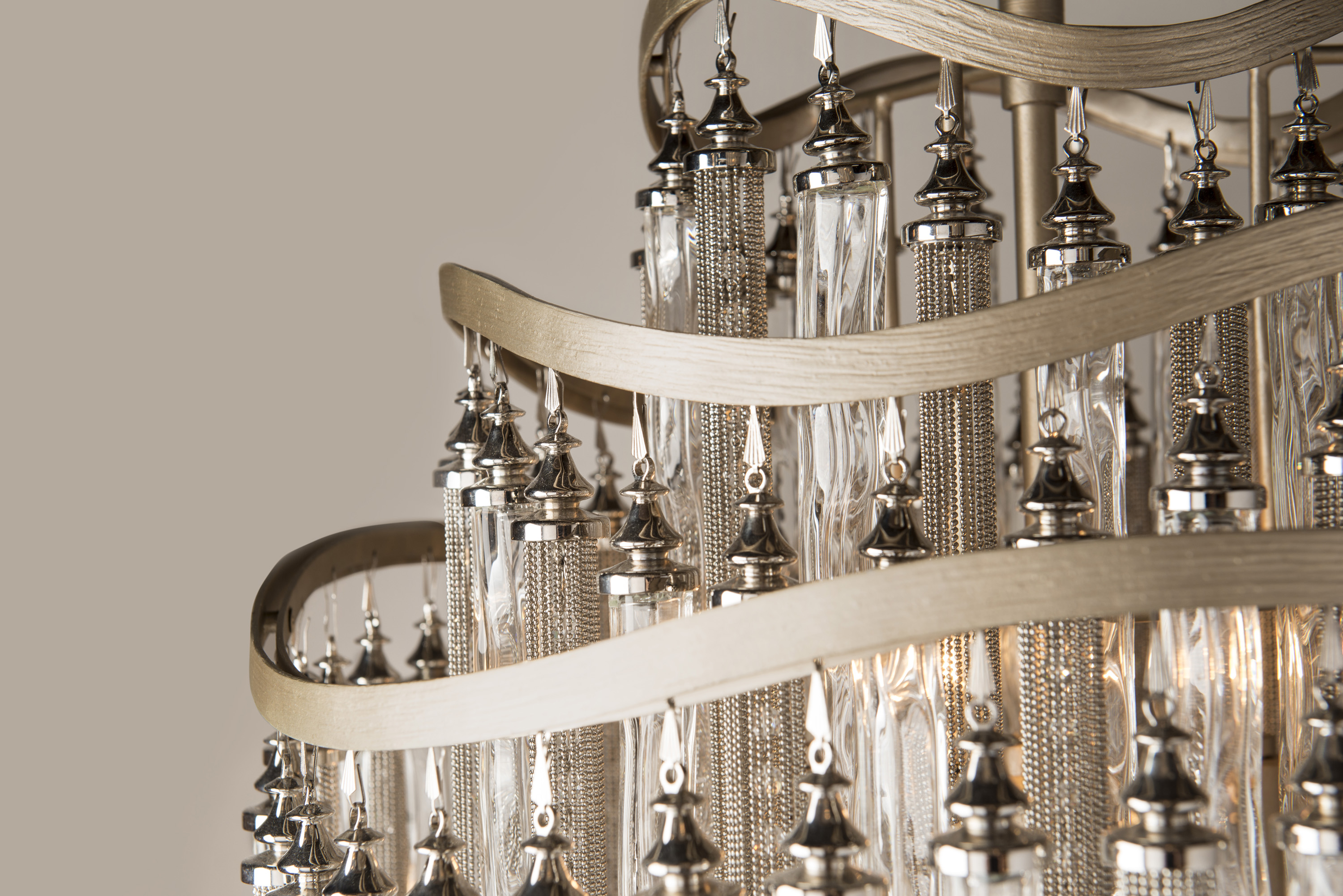 Lighting Up Your Beauty Routine

How the Beauty Industry Is Changing Your Bathroom

A Splash of Art Deco

See what's happening and get the inside scoop of the various events and collaborations we engage in throughout the year.

Learn more about lighting a variety of spaces and occasions, as well as about the design schools and historical epochs that inform our fixtures.