Some artists have such a singular visual style, that is so universally satisfying, they become cottage industries in themselves, their every napkin sketch worthy of appropriation in some disarming fresh context.

Such is the case with Piero Fornasetti.

This Italian artist was active throughout the twentieth century—drawing since he was a child, learning more about his vocation in the thirties, working alongside greats like Gio Ponti in the forties, and eventually launching out on his own path in 1950—cranking out idea after idea, vision after vision, for the next thirty years, and petering to a halt in the eighties right before his death. His son, Barnaba, brought his legacy to the international stage where it belonged with a two-pronged effort: for artistic consideration in museum exhibitions, on the one hand, and in a host of home décor and fashion accents, on the other.

It’s very likely by now you’ve seen one of the 351 faces of Lina Cavalieri peering out from somewhere, be it a plate from Barney’s or a wallpaper.

Lina was an opera singer (and eventually, a sensation) from the 20th-century whose face Piero saw in woodcut form in an advertisement and with which he became obsessed. There was some quality to it that called him back again and again as he sketched out variations on a theme. Her emotive eyes gaze out in many novel ways from his inventive and mysterious world.

There were eventually enough variations on the face of Lina as to make wallpapers like the one above, seen here in a powder room.

According to a New York Times article on the sensation, "The Man Who Launched 1,000 Plates:"

The “Theme and Variations” series, as those plates were called, was only a tiny part of Fornasetti’s work in ceramics. Having started out as a artist, decorator and printmaker, he didn’t tackle ceramics until the age of 33 when he made a set of 30 plates for a 1947 exhibition organized in Milan by his friend and fellow designer Gio Ponti.

What began with a whisper is now a bang. This sliver of scarf was Fornasetti’s first successful production in a commercial context, pointing toward a profusive future.

Mani, a silk foulard from 1939, shows his fascination with hands and circles.

His first successes were in the realm of everyday objects with a touch of luxury, such as the foulards above. A scarf might be an ordinary thing, but to make it silk and to make it art—therein lies luxury.

In fact, he was one of the designers who put Italy on the map for luxury and for interiors in the twentieth century.

He drew both from his region's history and from other places. Alice Rawsthorn, in the Times piece, writes, "Like his peers, he reinterpreted traditional elements of Italian culture in his objects: his particular obsessions being Piranesi’s etchings, Palladio’s architecture and Pirandello’s plays." Early on, though, Fornasetti made a journey from Northern Italy down through Egypt into Africa and back up to Morocco, a font of inspiration for Europeans throughout the 20th century, as we discussed in our previous post.

In Fornasetti's world, art doesn't belong only on the wall, safely framed. It can be the walls themselves—be it as clouds, books, steampunk flying vessels, layered cities, dense hedges laden with mysterious keys, or underwater oddities—all adding a feeling of depth, or in as many places and applications as to become part of the very atmosphere.

It can be the folding screen separating sections of a room, a clock on the wall, plates either ornamental or functional, a pillow you're resting on, or even a tray on which you're serving drinks to a beloved guest . . .

In 1992, four years after Piero Fornasetti’s death during "a banal surgery," his legacy found its beginning with an exhibit at the Victoria and Albert Museum in England, where he was presented as “a designer of dreams.” This is a fitting description for him. For there is the layered and disquieting quality, as well as a piercing beauty, to be found in them as one also finds in dreams. None of us knows what plays in another’s mind when the eyelids close and consciousness yields. But his creations allow us to peek as if through a keyhole into his own dreamworld, which we can infer was wondrous indeed.

For those of us who awake with a sigh, already missing the quickly vanishing world of dream, Fornasetti helps us adjust to the world.

Fornasetti’s faces—be they Lina, the sun, the moon,  or the clock—add a dreamlike quality to an interior. A piece from Barnaba's brand is a great adornment for the worldly, art-savvy person's home.

Much of his work is so busy, so dense and layered in its lines, that pairing lighting with it could present a challenge.

We recommend something like our Altamont, above, where the colors of the finishes may tie into the artwork while the simplicity contrasts the busy-ness of Fornasetti's fevered creation. Here, the supple swathes of the shade's Historic Nickel finish would draw out the richness in the grays of a wallpaper or plate series. Continuing this idea, a brass finish could chime off a plate using gold as part of its scheme. You might also try a piece that has a slight evocation of whimsy, or which derives inspiration, as Fornasetti did, from nature, to complement the world which it will illuminate. Our Tate, inspired by a Calla Lily, does both of these things below.

Fornasetti's world can quickly overwhelm, the best option for most people is to artfully arrange a few items or a cluster of plates. Wallpaper may work best as an accent wall or for a small space, where it makes for an imaginative pocket to slip away into, an escapism hatch. A small study, a bathroom, a closet can all become small invitations to dream, to hold the world slightly askew for a moment and see it differently.

For more interiors and Fornasetti accents, check out our Pinterest board.

What do you think of Fornasetti's designs? Can you imagine taking the plunge with one of Cole & Son's wallpapers surrounding a room? Itching to get a collection started? Let us know in the comments below. 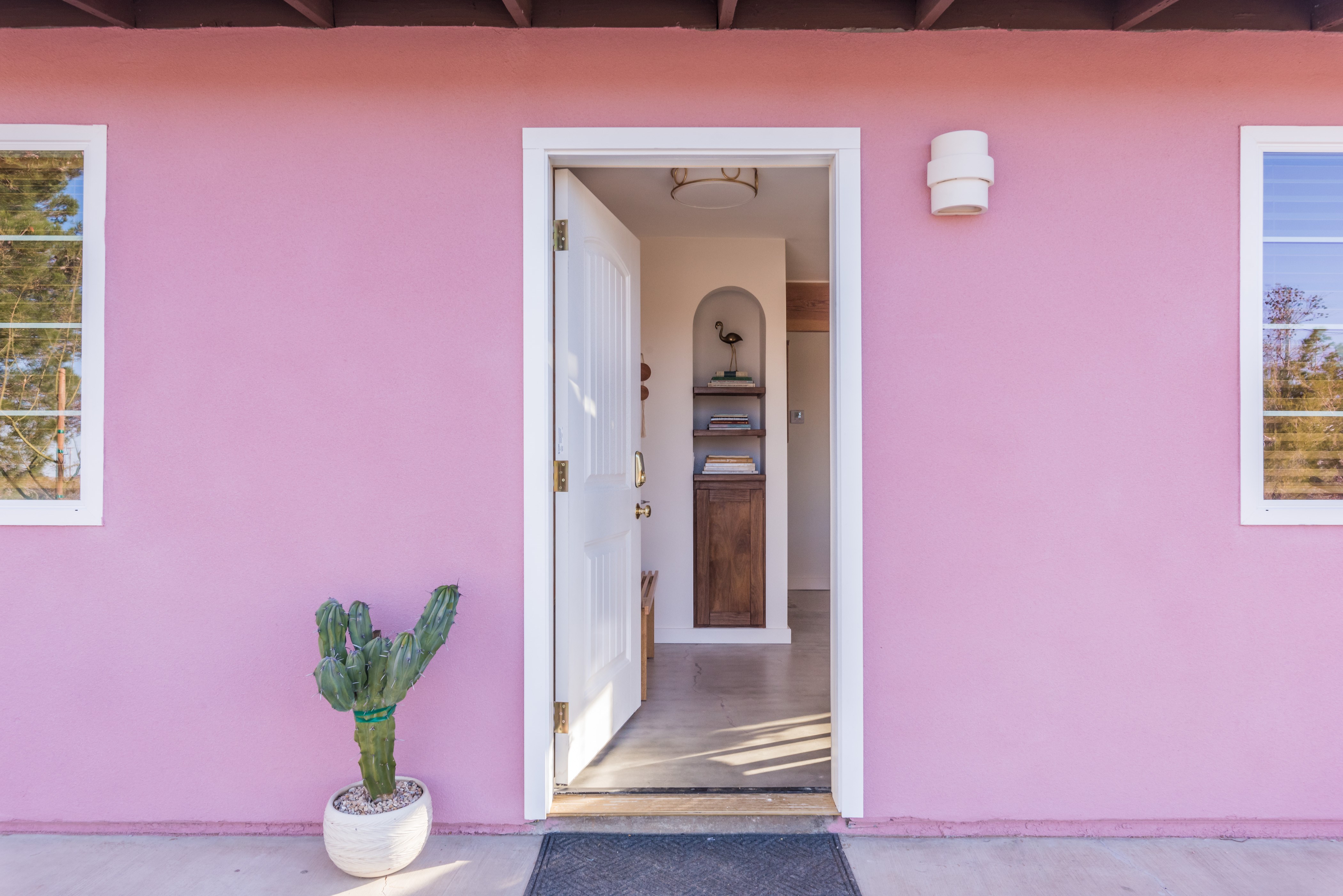 A Joshua Tree Oasis of Cool

On the Mutability of Aged Brass

See what's happening and get the inside scoop of the various events and collaborations we engage in throughout the year.

We unearth the stories behind great design, as well as dig into the traditions behind our own lights. A well-designed thing conveys a good deal of thought; it's worthy of a thoughtful examination.